A Guide to Attending the Macy’s Thanksgiving Day Parade 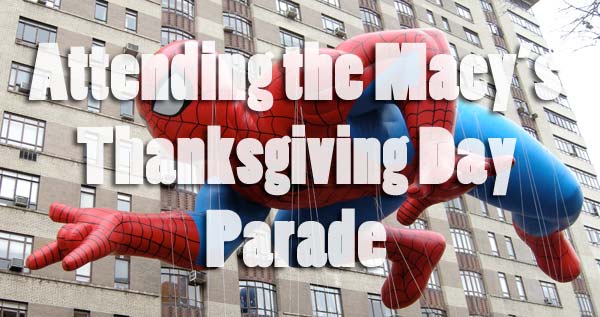 Be a Part of the Most Wondrous Event on the Planet!

The Macy’s Thanksgiving Day Parade, one of the greatest and most attractive celebrations the city offers to the entire world, awaits you this year! So why not witness and enjoy the event in person rather than watching it on television? Though innumerable people all over the world wish to enjoy the parade in New York City live, not many get a chance to do that. As a matter of fact, about 44 million individuals watch the parade on their television sets every year.

Are you ready to stand out of that crowd and experience the 87th Macy’s Thanksgiving Day Parade live in NYC? No matter whether you intend to hire an event planner to arrange a special get-together or get to the parade on foot, be sure to make the right arrangements in advance. After all, you wouldn’t want to miss any part of this entertaining event. We’ve put together the details of the parade for your convenience so that you can enjoy each and every bit of this special day.

Starting on 28th November, 2013, the Macy’s Thanksgiving Day Parade features its trademark elements, including massive helium balloons, special celebrities, unique marching bands, performance groups, and much more. The parade will begin at 9:00 a.m. from West 77th Street. After completing its route, the procession will finally end at 12:00 p.m. opposite to the Macy’s flagship store located at Herald Square.

You’ll want to make note of these areas so that you can get there early to obtain a spot. We recommend arriving at 6:00 a.m. if you want the best possible spot. Otherwise, just be prepared to stand and hope you aren’t too crowded. You can find the map on About.com.

Well, the 87th annual parade will feature one of the most liked comic characters, Snoopy. And yes, his best friend Woodstock will be there to accompany him. Helium-filled balloons will be a little more fascinating this year. Wonder how? The star dragon from “How to Train Your Dragon” will make the skies of NYC even more dramatic.

The Thanksgiving Day Parade will surely become even more entertaining as SeaWorld’s special float “A Sea of Surprises” finds its way through the well-decorated streets of NYC. Above all, the famous minions are all set to entertain you in the parade. These characters from “Despicable Me” will definitely amuse participants throughout the parade.

Don’t forget to arrive a little early to grab the best spot to watch the parade. You can even bring folding chairs or stools for maximum viewing pleasure. Make sure to choose comfortable attire that’s warm enough for this celebration, and bring snacks and plenty of water. A hot drink in a thermos wouldn’t be a bad idea, either.

If you’re seated close to the beginning of the route, the parade could take around 1 1/2 hours. If you’re closer to the end, expect to be there for about three hours.

If you want to view the Macy’s Thanksgiving Day Parade in style, be it this year or next, be sure to contact Strategic Event Design. We specialize in NYC event design and can help ensure you and yours are in a prime location with catered food for the parade, before you head off to your family feast, of course.

The streets of New York City will witness the most enthralling event of the year on 28th November, 2013. Get ready to be a part of the unparalleled wonder that New Yorkers have been enjoying for 86 years.