10 Tips for Hosting the Best Super Bowl Party Ever 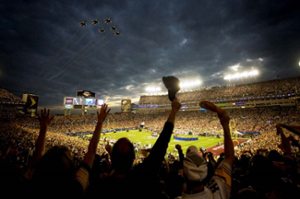 The NFL football season has begun. If you’re like me, you’re absolutely giddy for Sundays spent gathered around the t.v., eating appetizers and cheering on your team. But, are you already thinking about the biggest day in the sports year? We’re talking about the Super Bowl, and it’s being held right here in the greater NY / NJ area. If you plan to host the best Super Bowl party ever, it’s time to start planning.

After Halloween and Thanksgiving, Super Bowl is one of the biggest party holidays in the U.S. No matter who you are, you find a group of friends, colleagues or students to watch the game with. It’s rarely a game to watch alone.

With virtually thousands of parties going on at the same time, what can you do to make your party stand out? You can have the Super Bowl of all Super Bowl parties by following the ten tips listed below.

1. Have Plenty of Comfy Seats

You need to have sufficient number of seats for everyone. And not just that, the seats need to be comfortable as well. The enjoyment quotient of the game can get hampered if the person has a sore butt or back during the game. Get as many people on the couch. For the others provide pillows and cushions for the floor or chairs.

But wait, let’s back up a second. Is your living room big enough for this? If your party is to be the hot ticket in town, you might want to consider renting out a suite for this event. The bonus of this? It’s not your own house that will have all this chaos and mess. 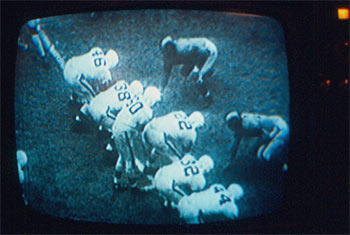 You need to have a T.V. big enough to let everyone present at the party watch the game without any hassle. On average, a Super Bowl party has 17 people. That means you need one giant screen to accommodate their eyeballs. An even better option is having more than one screen. In that case, make sure the screens are synced perfectly. It is frustrating to have one TV showing the game five seconds ahead of the other.

Even though it is a Super Bowl party, there will be some people who have no interest in the game. They just came along for the fun of the party rather than the game. One thing they are bound to love is the commercials. However, they keep chatting during the game which can disturb the people actually there to watch the game. So, keep this crowd away from that crowd to prevent any untoward incidents. Keep this in mind when selecting your venue.

In a perfect world, no guest would bring along their kids to a Super Bowl party. However, it is that time of the year when everyone is looking to have a good time and finding a sitter is impossible. Plus, it’s a good opportunity for family time. So, be prepared to deal with a bunch of kids, perhaps dedicating a separate room for them so they don’t disturb the guests watching the game.

There is always that one person at a Super Bowl party who knows too much trivia and statistics for your liking. He/she is likely to blabber his/her way through the game. This is the person called the Super Bowl party pooper. If you know who that person is, don’t invite!

6. Be Prepared for Super Garbage

A Super Bowl party could be the Super Bowl of your garbage days. From disposable cups and plates to empty pizza boxes and beer cans, you will have a lot of stuff to throw away. Be prepared and have plenty of paper towels, trash bags, dustbins, etc, ready before the party kicks off. And don’t forget to dedicate separate bins for recycling and compost to make your event more environmentally friendly.

You may be a health freak but your Super Bowl guests will have none of it. They want to have all kinds of junk and greasy food so that should be your menu. From pizzas to dips to crackers, the less healthy it is the better! It’s just one of those “cheat” days that is a tradition. The more finger foods, the better – for your guests, as well as your trash pile. Check out our list of Super Bowl party foods.

You need to have a wide assortment of drinks as well. Beer does it for most people on Super Bowl weekend but you need to get different brands to suit the guests. Also, have some hard drinks as well as fruit juices and sodas. If you have wine lovers, we like the idea of sticking with a game day theme and going with boxed wines.

Of course, all the junk food and beer is going to take its toll on people’s digestive systems. So, you can expect an ongoing stream of visitors to the toilets. Have the toilets well-stocked so the guests are comfortable in there. Sometimes, dedicating a female and male restroom is a good idea. If you’re choosing an external venue for your Super Bowl party, be sure to factor this in.

You should have a backup plan for everything. If the food doesn’t cut it, have the number of the nearest Pizza or deli. If the TV doesn’t work, have a spare one. Have some extra cases of beer and soda in the garage. Being prepared for the worst case scenario will prevent you and your guests from panicking if something does not go to plan.

At the heart of it, keep it simple when planning a Super Bowl party. Most people try to do too much and they end up missing out on what makes the occasion great. The game should be the center of attention, followed by lots of really bad-for-you food. 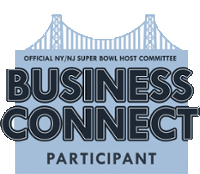 The 2014 Super Bowl will be held at Met Life Stadium in East Rutherford, New Jersey. New York and New Jersey residents are already starting to plan for the big day. It’s never too early. Whether you’re planning a private family event or a hosted company party, contact Strategic Event Design to help make it the best ever. We are proud to be an official Super Bowl XLVIII Business Connect Vendor.